This lecture is given in honor of Dr. Donald Coles, Professor of Aeronautics, Emeritus, a faculty member of GALCIT from 1953. He made pioneering contributions towards our understanding of boundary layers, turbulent shear flows, bluff-body aerodynamics, and novel experimental methods in fluid dynamics.

The Donald Coles Lecture is made possible through a generous gift from Caltech alumni Drs. Jain-Ming (James) Wu (MS'59, PhD'65 Ae) and Ying-Chu Lin (Susan) Wu (PhD'63 Ae) who carried out their doctoral research in GALCIT. Through this lecture they honor a professor who has made significant impact in their lives.

Research Threads in Propulsion, from Wax Fuels to Wastewater

Propulsion is rich in multi-disciplinary problems. I will describe two projects that illustrate how widely different fields can sometimes cross in the pursuit of research. In 1996 we began studying a new class of fuels for hybrid rockets. In a hybrid, a flame is established between a flowing gaseous oxidizer and an evaporating solid to produce hot gas for thrust. Traditional hybrids use polymeric fuels that burn too slowly to produce adequate thrust. Paraffin fuels form a thin, low-viscosity liquid layer on the surface of the fuel leading to entrainment of droplets from the liquid-gas interface and much faster burning. One oxidizer studied during this research was nitrous oxide, which releases energy when it decomposes. This motivated research on N₂O as a monopropellant for small thrusters. As it happens, N₂O is also a powerful greenhouse gas and an unwanted byproduct of the process by which ammonia is removed from wastewater. Great effort goes into minimizing its emission. But a new process can be envisioned that involves biotic conversion of ammonia to nitrous oxide, and catalytic (rather than biotic) decomposition of the nitrous oxide to air. This process, which is designed around maximizing biotic production of N₂O, can reduce plant oxygen requirement, reduce biomass production, and increase methane production making the plant energy self-sufficient with zero emissions of N₂O. 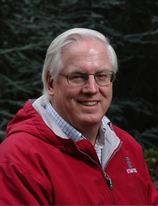 Brian Cantwell received his BA and BS from the University of Notre Dame in 1967 and 1968. Following graduation he worked at the NASA Johnson Space Center where he participated in ground testing of the LEM ascent engine for the Apollo Program. In January 1969 he joined the U.S. Army and served on active duty for two years. During military service in Belgium he received the diploma from the von Karman Institute for Fluid Dynamics. After military service, he attended graduate school at Caltech completing the MS in 1971 and the PhD in 1976. He joined the Aeronautics and Astronautics department at Stanford in 1978 and served as department chairman from 2001 to 2008. He was given the Excellence in Teaching Award by the Stanford Student Chapter of the AIAA in 1984 and 1988. He is a Fellow of the American Physical Society, Fellow of the AIAA, Fellow of the Royal Aeronautical Society, member of Sigma Xi and a member of the National Academy of Engineering. He is the author of four books including a textbook on symmetry analysis published by Cambridge Press in September 2002.