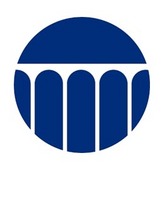 Anthony Leonard, Theodore von Kármán Professor of Aeronautics, Emeritus, and Richard C. Flagan, Irma and Ross McCollum-William H. Corcoran Professor of Chemical Engineering and Professor of Environmental Science & Engineering; Executive Officer of Chemical Engineering, have been elected members of the 2010 class of the National Academy of Engineering (NAE). NAE membership honors those who have made important contributions to engineering theory and practice, and those who have demonstrated unusual accomplishments in the pioneering of new and developing fields of technology. Election to the NAE is one the highest professional distinctions an engineer can receive. Professor Flagan was elected to the NAE "for leadership in invention, measurement, production, and technology of aerosols" and Professor Leonard was elected "for contributions to simulation of turbulence, new vortex methods of flow simulation, and understanding of flow-induced vibration." [Caltech Today Article]